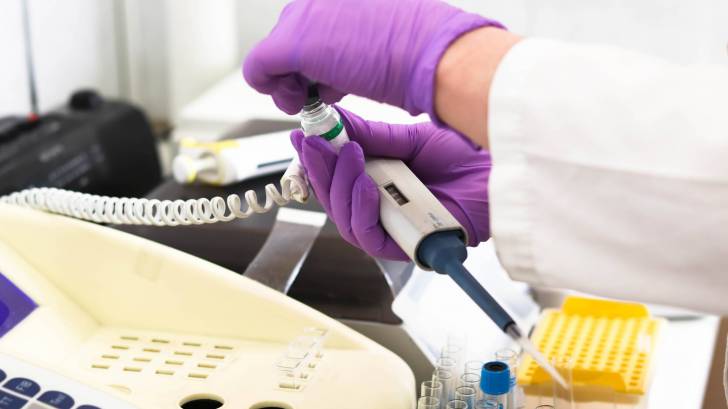 A new development approach has the potential to revolutionize vaccine development is the result of a scientific collaboration led by Leeds University located in the United Kingdom.

This innovative development approach announced on December 6, 2019, is based on a process using harmless proteins called virus-like particles (VLPs) rather than a live virus, which carries the risk of escaping and infecting people.

VLPs are created in the laboratory to mimic the effects of a virus on the immune system. But they do not carry genetic material and are not infectious.

The vaccine development program has been led by Professors Nicola Stonehouse and Dave Rowlands from Leeds' Faculty of Biological Sciences.

Professor Stonehouse said in a related press release, “This is an exciting time for the project. As scientists, we know that VLPs can stimulate an immune response – in effect, they trick the body into thinking they are the virus, and it is that which stimulates the body’s natural immune response and gives protection from the disease.”

“But VLPs can be very unstable.”

“And. that has been one of the obstacles in using them as an alternative for a live virus in vaccine manufacture. But our team has managed to overcome this problem. The aim now is to see if the method that we have developed in the laboratory can be scaled up and run on an industrial scale.”

An innovation "catapult" that commercializes new technologies known as CPI, has created a pilot-scale manufacturing platform using the method of vaccine manufacture developed in the Leeds laboratories.

Dr. Natasha Lethbridge, Senior Project Manager at CPI, said: “There are always challenges when transferring processes from the laboratory environment to an industrial manufacturing platform.

“Establishing this platform will enable scientists at the University to optimize the process to maximize vaccine production and then establish further process scale-up models for biotherapeutic production.”

Because the new approach to the development of the vaccine uses VLPs instead of a live virus, it can be made without the need for costly bio-containment facilities.

This opens up the possibility of low-to-middle income countries developing their own production programs, instead of having to rely on importing vaccines from other countries.

The funding for research into the use of VLPs for polio vaccine development came from the World Health Organisation. The UK Department for Health, through the Engineering and Physical Sciences Research Council, is funding the research to see if the process could be adopted by industry.

In a previous study published in 2017, researchers said 'VLPs can function as molecular scaffolds for presenting foreign antigens and, due to their structural similarity to native viruses, VLPs can efficiently stimulate host immune cells.'

'VLPs can serve as highly proficient tools for displaying antigens because their repetitive surface patterns and particulate structure induce potent immune responses. In addition, VLP-based vaccines have good safety histories and can be produced at large scales in heterologous expression systems.'

'A caveat to the use of VLPs as a vaccine platform is the potential for reduced immunogenicity stemming from any preexisting immunity against the derivative virus or other cross-reactive viruses to the said VLP,' concluded these researchers.

The consortium involved in the project and led by Leeds include the Universities of Oxford, Reading, and Florida, the National Institute for Biological Standards and Control, the Pirbright Institute and the John Innes Centre.

The University of Leeds is a public research university in Leeds, West Yorkshire, England. It was established in 1874 as the Yorkshire College of Science.