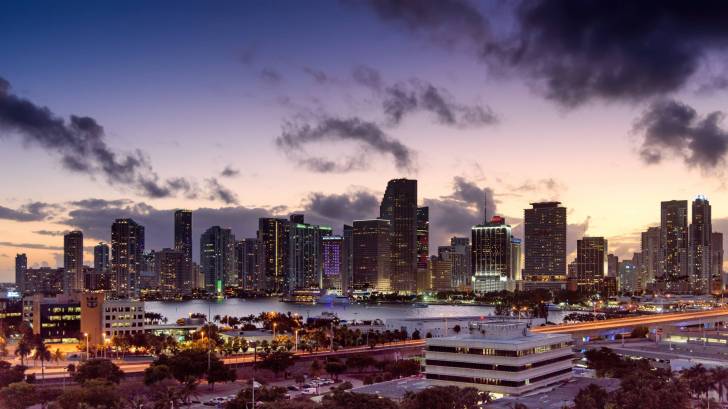 In Florida, the Dengue virus is spread through bites from the Aedes Aegypti mosquitoes.

To reduce further local transmissions, the DOH-Miami-Dade Health Department continues to advise the public to remain diligent in their personal mosquito protection efforts by remembering to “Drain and Cover.”

In addition to local cases, Florida is once again confronted with travel-related Dengue cases.

Five of these cases have met the criteria for Severe Dengue or Dengue Hemorrhagic Fever [DHF). Those at greater risk for Severe Denge and DHF include persons with previous dengue infection, pregnant women, infants, the elderly, and those with co-morbidities.

This news is concerning since Florida’s various international airports are gateways to the Caribbean, Central, and South America, where over 2.3 million Dengue cases have been reported by the Pan American Health Organization during 2019.

"Prevention is key when traveling to areas with reported Dengue fever. Talk with your doctor or pharmacist 4-6 weeks before traveling to ensure you are taking the proper steps to avoid not only the Dengue virus but others that may be prevalent in your travel destination," advises Elizabeth Robinson, Pharmacy Intern for Brookshire Grocery Company.

While previously present in Florida, the Dengue virus was eliminated from the United States several decades ago.

The Dengue virus has 4 sub-types. Most people infected with Dengue have mild or no symptoms. Those that do develop symptoms recover after about 1 week.

The common symptoms of dengue are fever and one or more of the following symptoms: headache; eye pain; muscle, joint, or bone pain; rash; nausea and vomiting; or unusual bleeding.

Severe Dengue can occur resulting in shock, internal bleeding, and even death.

There is no specific treatment for Dengue, but early detection and access to proper medical care lowers fatality rates below 1 percent, says the Florida DOH.

According to the American Society of Tropical Medicine and Hygiene’s June 2019 report, the treatment costs to international travelers in out-of-pocket direct and indirect costs average $992 per episode.

The global spread of Dengue over the past 50 years underscores the critical need for a vaccine, said Duane J Gubler, Sc.D., M.S., cofounder, Pediatric Dengue Vaccine Initiative, in an October 3, 2019, BMJ article.

Dr. Gruber said ‘the goal has been a vaccine that provides balanced protection against all 4 dengue virus serotypes to protect against the severe disease facilitated by antibody-dependent enhancement, where antibodies, instead of inactivating a virus, facilitate viral entry into host cells.’

‘The issue is whether we can safely use Dengvaxia or other partially effective vaccines to help control dengue.’

‘Unfortunately, an effective tetravalent vaccine has been an elusive goal,’ concluded Dr. Gruber.

Recently, researchers from Duke-NUS Medical School (Duke-NUS) have discovered that the Dengue virus serotype 2 (DENV2) changes its shape through mutations in Envelope protein to evade vaccines and therapeutics.

“We found that in laboratory-developed DENV2 strains, mutations in the virus’ E protein causes its transformation into bumpy particles.”

“These structural changes can cause vaccines and therapeutics to be ineffective against the virus,” said Ms. Xin-Ni Lim, the study’s lead author who is from Duke-NUS’ Emerging Infectious Diseases Programme, in a press release on September 20th, 2019.

Dengvaxia is the only approved dengue vaccine.

Dengvaxia, manufactured by Sanofi Pasteur, is indicated for the prevention of dengue disease caused by dengue virus serotypes 1, 2, 3 and 4. Dengvaxia is a live attenuated tetravalent chimeric vaccine made using recombinant DNA technology by replacing the PrM and E structural genes of yellow fever attenuated 17D strain vaccine, with those from the 4 dengue serotypes.

Dengvaxia is reported to have an overall vaccine efficacy of about 56 percent.

Dengvaxia was approved by the US Food and Drug Administration during May 2019. Dengvaxia is available in about 20 countries around the world.

The other Dengue candidate vaccines include Takeda TAK-003, Merck V180, and Butantan Institute TV003/TV005, which are still in various clinical phase efficacy trials, and not commercially available today.

The CDC says any vaccine can cause side effects, which should be reported to a healthcare provider or the CDC.

The Florida Department of Health works to protect, promote and improve the health of all people in Florida through integrated state, county and community efforts.