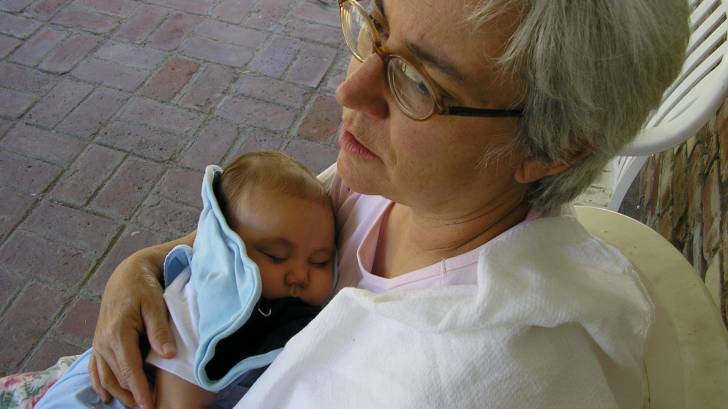 Various research teams have tried to develop a respiratory syncytial virus (RSV) vaccine for more than 50 years, without success.

In the 1960s, a vaccine based on an inactivated virus was reported to actually make RSV worse.

For most people, an RSV infection is just a bad cold.

But, for infants and older adults, RSV can cause serious pneumonia or bronchial inflammation.

The RSV virus causes more than 30 million acute respiratory tract infections in children around the world each year, reports the World Health Organization (WHO).

A new study by researchers at UC Santa Cruz (UCSC) points to a promising route for designing an effective vaccine.

This new study focused on the other major viral surface protein, the RSV G glycoprotein.

Leveraging work by collaborators at Trellis Bioscience who have isolated protective human antibodies targeting the G glycoprotein, the UCSC researchers determined the atomic structure of RSV G and identified two sites on it that are targeted by protective antibodies effective against a broad range of RSV strains.

Corresponding author Rebecca DuBois, assistant professor of biomolecular engineering at UC Santa Cruz, said: “RSV G had been overlooked by vaccine researchers because initial studies found that deleting the gene for it didn't stop the virus from replicating in cell cultures.”

This disruption of the immune response by RSV G may explain why vaccines based on RSV F have failed, she said. "You need a protective antibody response that blocks that RSV G activity, but we didn't know how antibodies target RSV G at the molecular level."

In the new study, DuBois showed that these protective antibodies target a section of the protein called the central conserved domain that is the same in all strains of the virus.

The researchers determined the three-dimensional atomic structures of the precise binding sites of two Trellis antibodies--crucial information for designing a vaccine that can induce the immune system to produce such protective antibodies.

"We're really excited about the possibility of finally being able to conquer this virus, which is one of the most important childhood viruses for which we don't have a vaccine," DuBois said.

In developing a vaccine based on RSV G, however, researchers would have to ensure that the vaccine lacks the viral protein's ability to disrupt the immune system.

"There has been a lot of concern about making a vaccine with the G glycoprotein. We need to engineer it so that it can't subvert the immune system while keeping its ability to elicit an effective antibody response," DuBois said.

Trellis Bioscience, meanwhile, is investigating the therapeutic use of the antibodies themselves to treat infants with RSV infection and severe lung congestion, with clinical trials expected to start in early 2019.

If proven effective, the demand for a vaccine that elicits protective antibodies targeting the G glycoprotein will intensify, particularly for global use, DuBois said.

Both studies showed similar reactogenicity profiles for RSV-PreF and Tdap in young women, and neither study reported related adverse events.

The first author of the paper is UC Santa Cruz graduate student Stanislav Fedechkin. Other co-authors include Natasha George and Jacob Wolff, both undergraduate researchers in DuBois's lab at the time of the study, and Lawrence Kauvar of Trellis Bioscience.

This research was funded by the National Institute of Allergy and Infectious Diseases.